Who was James Clerk Maxwell? 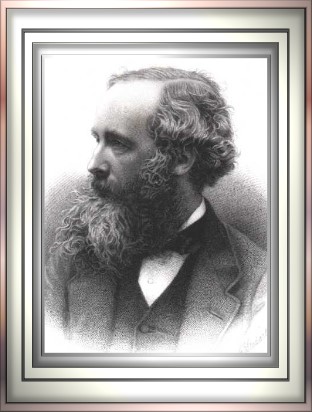 James Clerk Maxwell (1831-1879) was one of the greatest scientists who have ever lived. To him we owe the most significant discovery of our age - the theory of electromagnetism. He is rightly acclaimed as the father of modern physics. He also made fundamental contributions to mathematics, astronomy and engineering.

"The special theory of relativity owes its origins to Maxwell's equations of the electromagnetic field."

Read on to find out about his life (JCM and wife Katherine above), work, remarkable family, poetry, art etc.

Find out about his scientific achievements (colour photography above) ...MORE

Explore the Picture Galleries of Maxwell (as a young boy above), family and contemporaries.

On the 13th June 1831 James Clerk Maxwell was born in Edinburgh, at 14 India Street, a house built for his father in that part of Edinburgh's elegant Georgian New Town which was developed after the Napoleonic Wars. Although the family moved to their estate at Glenlair, near Dumfries, shortly afterwards, James returned to Edinburgh to attend school at The Edinburgh Academy. He continued his education at the Universities of Edinburgh and Cambridge. In 1856, at the early age of 25, he became Professor of Physics at Marischal College, Aberdeen. From there he moved first to King's College, London, and then, in 1871, to become the first Professor of Experimental Physics at Cambridge where he directed the newly created Cavendish Laboratory. It was at the Cavendish, over the next fifty years, that so much of the physics of today continued to develop from Maxwell's inspiration.

Modern technology, in large part, stems from his grasp of the basic principles of the universe. Wide ranging developments in the field of electricity and electronics, including radio, television, radar and communications, derive from Maxwell's discovery of the laws of the electromagnetic field - which was not a synthesis of what was known before, but rather a fundamental change in concept that departed from Newton's view and was to influence greatly the modern scientific and industrial revolution.

Find out more about his work and its impact

This video (YouTube) by the Glasgow Science Centre describes Maxwell's work in a very accessible way.

Edinburgh: He was born in this elegant Georgian house in 1831. It now displays a growing collection of heritage material associated with him, his associates and family circle.
Visit in person or on line:
* Birthplace museum
* Edinburgh locations walking tour 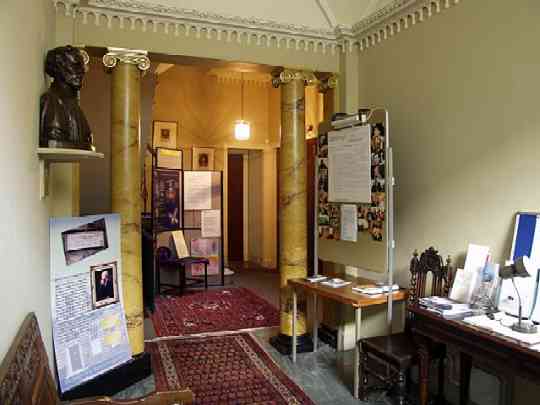 Aberdeen: Maxwell's first job was professor of natural philosphy at Marischal College in 1856 where he met his future wife ...MORE.
(The Aberdeen pages were produced by former Trustee Dr John Reid 1942-2021.)

Cambridge: Later (1874) he set up the Cavendish Laboratory at Cambridge which houses a small museum ...MORE

Glenlair: His family's country estate was at Glenlair in Dumfries and Galloway, and he is buried in Parton churchyard there.

Maxwell is remembered in many different ways. He has memorials in Scotland and Westminster Abbey, his own panel on the Great Tapestry of Scotland, busts and a gargoyle, an imposing statue at a key location in central Edinburgh, an 'appearance' in a play about Einstein, ...MORE

One of the surprising things about about Maxwell is that, as well as being a great scientist, he was also a poet! If you would like to explore this aspect of his character then please download James C Rautio's digitized version of the Campbell and Garnet biography which includes a whole section on his poems.

Ivan Tolstoy, in his biography of Maxwell, wrote: 'Maxwell's importance in the history of scientific thought is comparable to Einstein's (whom he inspired) and to Newton's (whose influence he curtailed)"

"Since Maxwell's time, physical reality has been thought of as represented by continuous fields, and not capable of any mechanical interpretation. This change in the conception of reality is the most profound and the most fruitful that physics has experienced since the time of Newton"   Albert Einstein

Maxwell said, in 'A Dynamic Theory of the Electro-Magnetic Field' given to the Royal Society in 1864: 'We have strong reason to conclude that light itself - including radiant heat and other radiation, if any - is an electromagnetic disturbance in the form of waves propagated through the electro-magnetic field according to electro-magnetic laws."

On which R V Jones commented: "This paper is the first pointer to the existence of radiation other than light and heat, and ranks as one of the greatest leaps ever achieved in human thought."

"From a long view of the history of mankind - seen from, say, ten thousand years from now - there can be little doubt that the most significant event of the 19th century will be judged as Maxwell's discovery of the laws of electrodynamics"   Richard P Feynman

You may like to ponder on the origins of his genius and the fact that no fewer than twelve relatives of James Clerk Maxwell FRS, FRSE were themselves Fellows of the Royal Society of Edinburgh, or the Royal Society in London, or both.

On his Father's side:

On his Mother's side

It is also notable that Maxwell grew up in an environment where art was practised and appreciated. His cousin Jemima Blackburn (nee Wedderburn) was herself a notable artist, and our knowledge of young James's childhood is enhanced by the delightful watercolours which Jemima painted. His aunt, Jane Cay, was also an accomplished artist and two of her watercolours (one depicting Maxwell as a young boy) are on display in the Birthplace, as is a pastel portrait of Jane and her sister Frances (Maxwell's mother) by their mother, Elizabeth Cay. This artistic influence is further demonstrated by the fact that six relatives of Maxwell had portraits painted by the famous Scottish portrait painter, Sir Henry Raeburn (1756-1823). These are:

It is interesting to speculate on the influence which these artistic connections may have had on Maxwell's own work on light and the perception of colour.